Posted on September 6, 2015 by texasfootballroadtrip 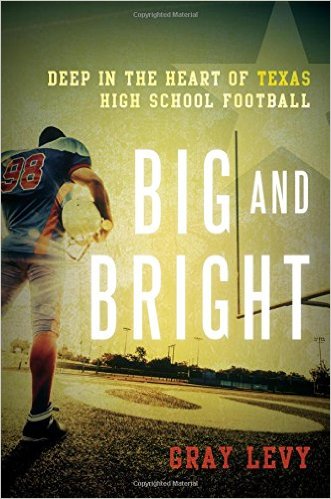 …The dividing line of big and small school Texas football, is between 3A and 2A. 3A’s and above are only differentiated by the number of quality programs in their level. In 2A and smaller however, the game is different. Fewer coaches do more, player’s play both sides of the ball and huge percentages of students participate. Idalou High has about 300 students, and like Throckmorton and Stamford, the elementary school and middle schools are very close. Also as with other small schools, each high school coach has responsibilities with younger kids. Idalou has five football teams, (seventh, eighth, freshmen, JV and Varsity) and the eight high school coaches have responsibilities with every lower team.
When I show up late Monday morning, middle school and freshmen athletic periods are in session. Idalou has good freshmen turnout. Thirty two freshmen play football and work alongside the middle school kids during athletics. The JV has 34 players and the varsity 37, adding up to a grand total of 104 high school players. Not bad for a school with only 300 students. High school principal Janet Thornton tells me 90 percent of the students are involved with at least one extra-curricular activity.
After freshmen athletic period, the varsity and JV are up. Long, acting as offensive coordinator, and defensive coordinator Mark Turner met with the varsity inside, going over the scouting reports while the JV performs the same lifting workout the varsity did Saturday. The rest of the staff helps Lofton supervise the workout.
The scouting reports are simple; the Wildcat approach to both offense and defense is straightforward, line up correctly and win with better skills and strength. There is only one defensive automatic, a coverage based on the back-set of the Mustangs.
After the meeting, the varsity players head out for an offensive field chalk followed by special teams and offensive individuals. The varsity wears green practice jerseys and helmets; the JV has white helmets and jerseys. When the entire program is outside the freshmen can be recognized by their white helmets and green tops. Athletic period ends at 12:45, and everyone returns to the school building for afternoon classes.
The varsity wears shells afterschool while both JV and freshmen are in full pads. The program has great numbers, but the school has a small coaching staff. Very few, if any, 2A programs have the personnel to platoon. The coaches and players all have both defensive and offensive responsibilities.
After a quick stretch, everyone breaks into seven defensive position groups, five by varsity position and separate JV and freshmen groups. The groupings change at 4:05, the varsity defense combines and works against two offenses running D-City plays, a varsity scout unit and the first JV offense.
Across the field, the second JV “O” runs live plays against the freshmen defense. The contact in practice is inversely correlated to experience. Varsity contact is rare, but the JV backups and freshmen hit quite a bit, learning how to use their pads.
After defense, the three teams switch to offense, first individuals then team, and two varsity huddles run plays back to back. Long stands between the two huddles so he can oversee both units.
The Wildcats’ offensive scheme is part of the old-school vibe of this program. No spread offense here. Idalou relies heavily on the power running that’s carried them to 13 consecutive playoff appearances and a state championship in 2010. The “I” with two tight ends is their base formation. The philosophy is time-tested; create push up front and pound the ball with the running game to set up the occasional pass.
Twenty years ago, almost all coaches subscribed to a version of the “run to set up the pass” philosophy; today it’s become somewhat rare in Texas. Not that old ways don’t work anymore. With the right personnel and coaching, ‘smashmouth’ football is as effective as it was in the 50s, but requires a smart and strong offensive line able to create movement even against defenses specifically aligned to stop the run. With their commitment to the weight room and a big group of kids, Idalou makes it work…

The book is now available in bookstores, online and in e-book form.  You may order from Amazon, Barnes and Noble and iBooks at www.rowman.com or call toll-free:
800-462-6420